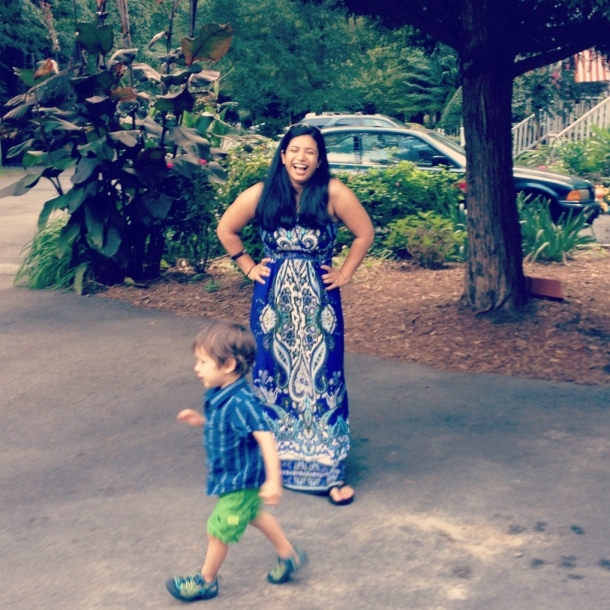 Photo by the awesome J

As much as I adore spending time with my toddler and also as much as I like having the Parents around to hang out, it is so nice to have weekends that are filled with friends. This weekend we got to catch up with most of our good friends around town, being grown ups and still taking the toddler along.

Saturday, we spent our afternoon at Fullsteam Brewery a place I’ve mentioned before because its one of our favorite places in Durham, and I think it does a great job of capturing Durham’s current scene. We met up with our friends and their kids. The kids socialized, the grown ups socialized, beer was consumed, tacos and samosas sampled from the food trucks parked nearby and an overall sense of saturday-ness prevailed. Bonus: I dressed up and got out of my mom summer uniform of capri/shorts and tee.

Sunday, we got to see mor friends and watch football (Yaaay Cowboys!!! Booo Panthers), make slime with the kids, eat pizza on a friends deck and enjoy the slight chill thats been hanging in air at dusk lately. 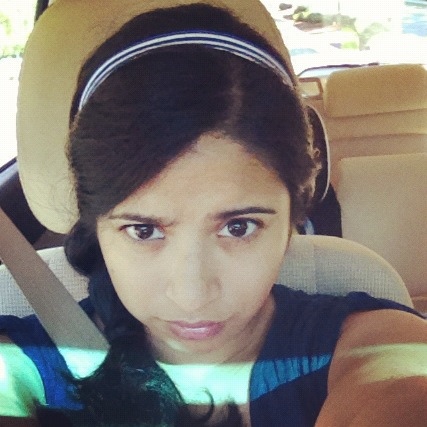 My stink eye for Bratty Bun

My only gripe with sunday was that my kid was being a total S%$&head. I think we are entering a new era of toddlerhood- there was hitting, grabbing and all around unpleasantness from Avi when it came to playing with the other kids. I wonder what happened to my sweet little boy who was never grabby about toys and would walk away from a conflic? I hope its something he and I can work through because it is absolutely horrible to be that kid’s mom. But I’m hopeful, that these are just some growing pains that we’ll have to both go through. I don’t want to completely crush his spirit but Hitting and grabbing are not ok in my book of discipline

I’m linking this up with Mandy from The Haps, Stepping Out Saturday Linky, since I was so happy for dressing up!

This is the last post for Adventuroo’s Week in My Life Project. I’m going to keep this post short, not because I didn’t get enough pictures like Friday and Saturday, but because I got too many! And yesterday was such a fantastic, busy day where I was out and about and hanging out with friends that I haven’t had time to go through and sort the photos yet.

I want to do a separate post for our Pumpkin Patch visit so I’ll post more pictures under that.

Sunday morning J, Bun and I had a Thomas the Train party in our bed. Bun watched Thomas on my laptop and J and I tried to sneak in some more sleep.

We also had a mini dance party afterwards in our jammies to my new favorite dance song- Pumped Up Kicks by Foster the People. Wish I had my camera for that but it was a fun impromptu moment that I’m going to cherish

Headed to the pumpkin patch on this perfect Fall morning and then football in the afternoon- Go Cowboys!

The pumpkin patch was so much fun and so was football! The Cowboys lost, but it was still a fun afternoon with friends and the toddlers out partied us all! 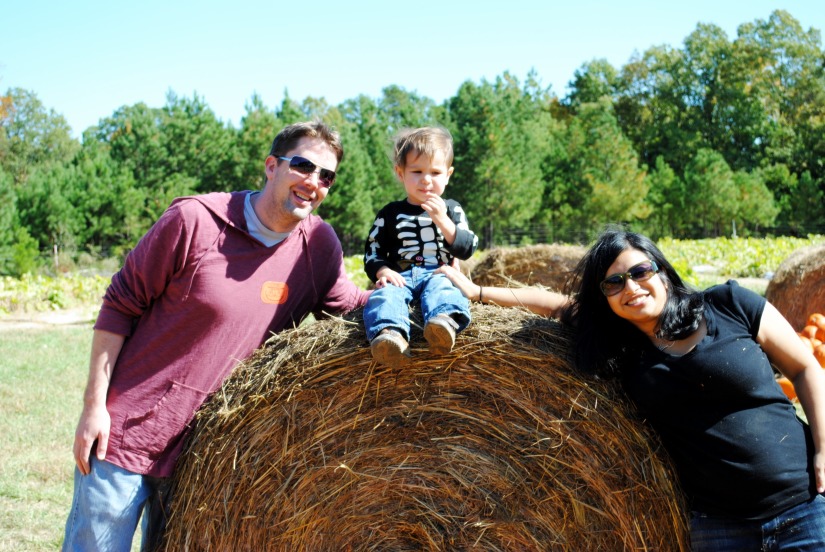 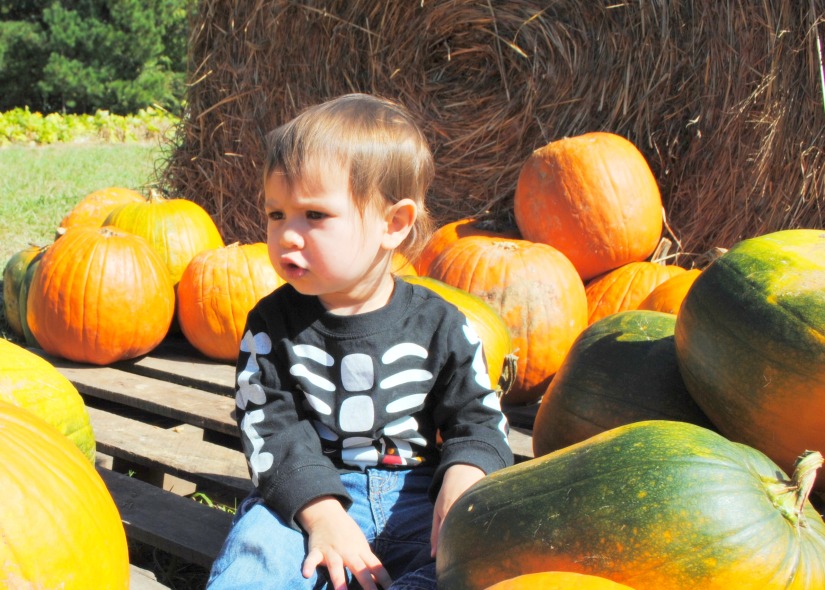 And Week in My Life is done! I was really apprehensive about doing this challenge, but, I’m so glad that I did.

Sitting and going through photos at the end of the day was a such a meditative moment for me. It helped me focus and take in all the bits and pieces that make up my life. Who knows what my future holds,  Next week can totally suck, but my Now is filled with happy moments – big and small and these are moments that I could never ever have imagined for myself.

So this Football season, I have been a faithful fan.  This is the first year where I have seen more than just the superbowl game. And I can blame all this on the Cowboys. Who knew, I could be such a football fan at heart.

First of all nobody in my family calls it football, its always American football to distinguish it from Soccer aka “Real” football. Also my father was a soccer player and I think he would suffer tremendously if he knew that I had crossed over to the darkside of “fake” football. Secondly, I have never really been an athletic type. I never liked to watch sports let alone play any, nor did I care. Thirdly, I am a girly girl at heart, I love hiking and climbing trees and getting diry and all that but organized sports is a very male concept- at least in my mind. And finally, my very male significant other is not very much into sports either. He is the typical geek who likes science and technology and likes baseball and occasionally follows baseball( okay, only the world series). So I didn’t have husbandly pressure either, in fact J is rather surprised that I now know more stats on the Cowboys and watch more games. So,  I really did not see sports fan dom in my horizon at all. It seemed so American, so male, so other!

I became a football fant , when I was bored one sunday afternoon in september and while channel surfing, I happened to catch some of the Bears and Cowboys game. It wasn’t a particularly great game, but I was completely awed by the awesomeness that is the Cowboys and a fan was born. People who know me are extremely surprised because I really, truly don’t care about sports and I never have.  I guess, I’ll just have to wait and see, if its a passing fad or something that lasts long term. I

Tonight is the much hyped game of Cowboys v Packers and I am going to attempt to watch it if I can ever finish my Music paper. But if you have some cold beer, lots of delicious snacks and 3 hours to kill, then I expect you to be doing one thing and one thing only…rooting for the Cowboys!

Hey if they can get an Indian chick to root for them, they must be doing something right!

I’m so torn, I don’t know who to cheer for this year. The steelers beat the Bronco’s and Sea Hawks beat the panthers, so both my teams lost. Granted the broncos deserved to lose, cuz they just sucked!!!! I guess I’ll go with steelers, proximity will be the deciding factor.