It seems like everyone is at the park today. I can’t blame them, its gorgeous, sunny and 75 degrees in February. I, however am not feeling like a social mama, so after seeing that two of our favorite parks are jam packed with kids, especially older ones, I decided just hanging outside our townhouse would be fine. And it was! Bun today has discovered sticks, weeds, flowers and grass.

I only had my phone with me so the pics are less than good, but it tells the story 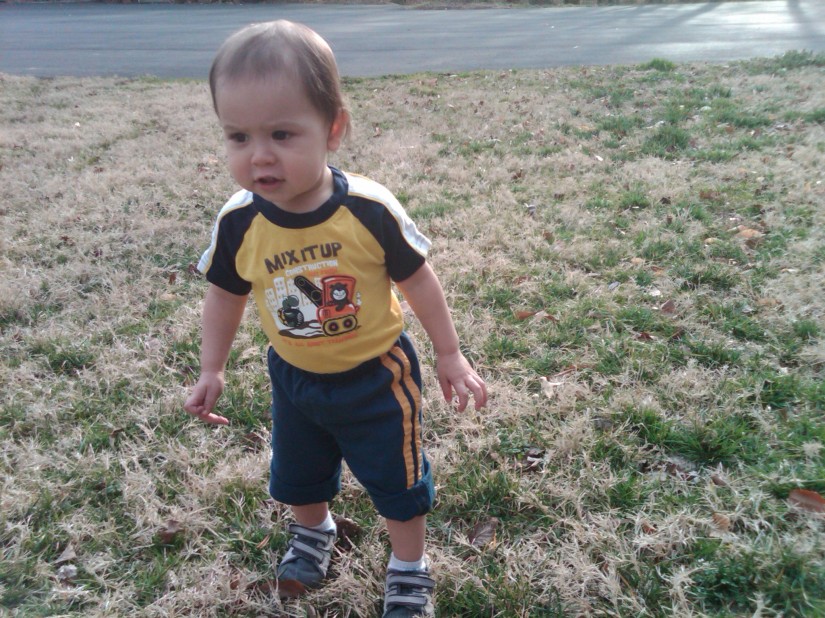 Now that Bun is a pro at walking on grass, he is willing to go exploring anywhere, as long as I’m close enough to hold his hand of course 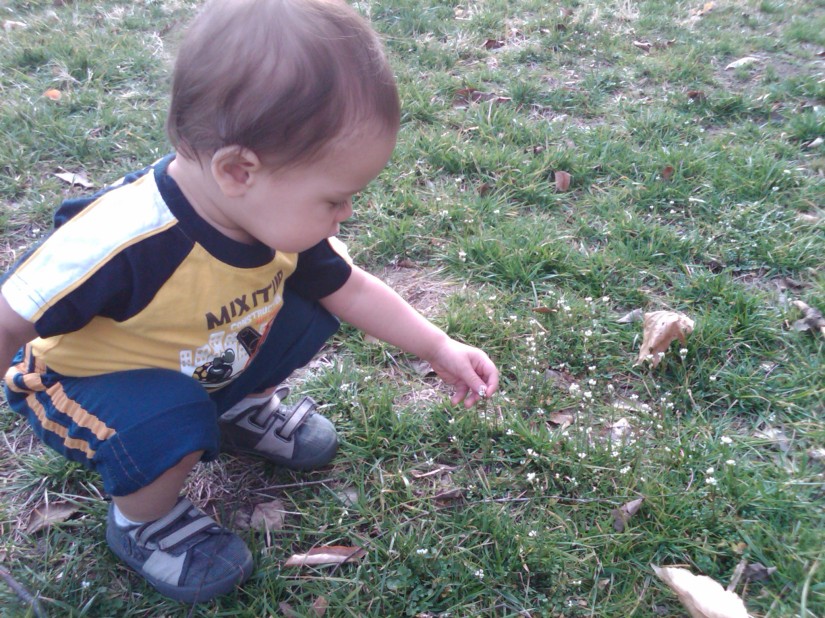 I debated long and hard about whether to teach Bun that these little white flowers were weeds or not. I decided to focus on teaching him “flowers” because it seems like a sweeter word to learn. He looked at these for a long time and even picked a few and handed them to me. He also tried to eat some. 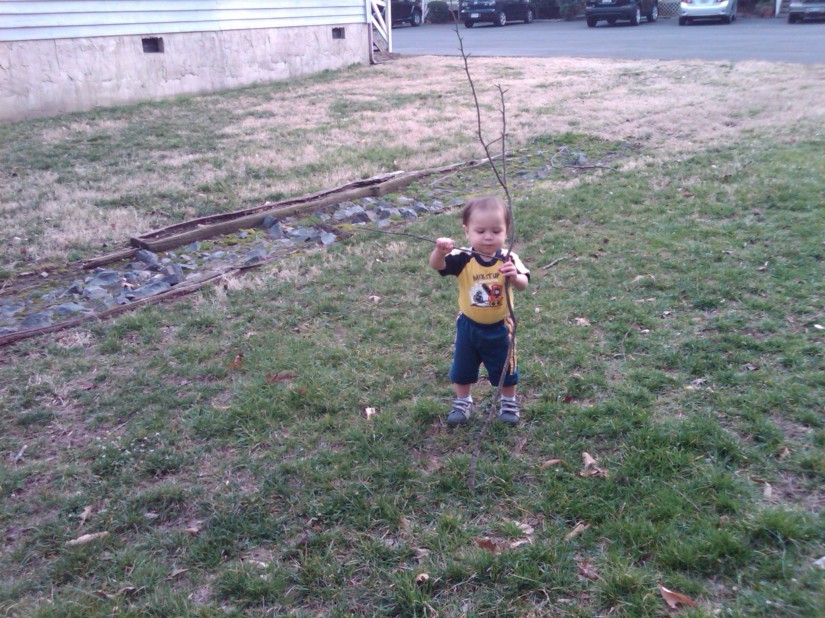 Next he found some twigs and carried them around proudly. He started out with the smaller ones at first but eventually decided that he was confident enough to play with this big one. 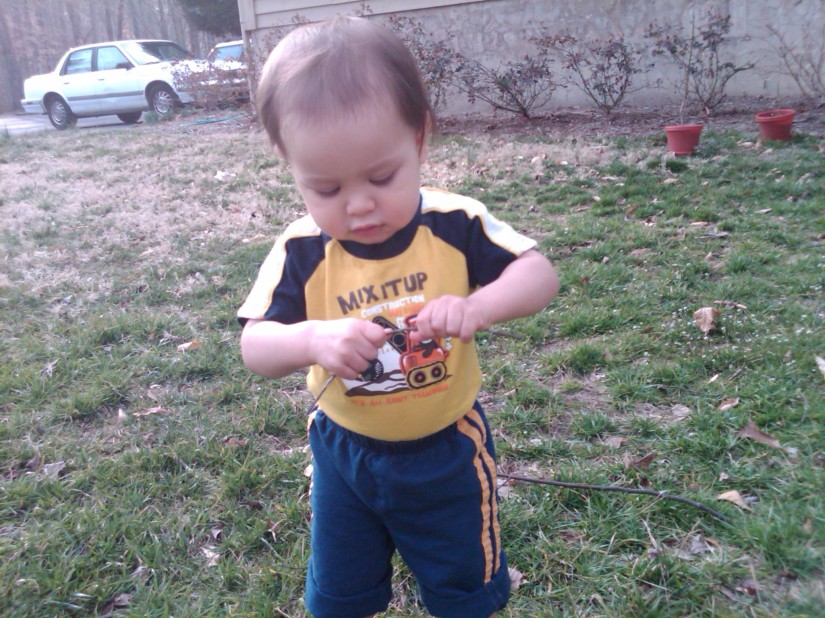 And then in usual boy fashion, he went on a destroying rampage. He broke up all the little twigs into itty bitty little pieces.

He played happily with twigs and grass for at least 45 minutes and then we took our little walk around the yard and went home.